The Diary of a Coastal Composer

“My music comes to me not only in the stillness of nature but also in her wildest moments. I can hear the strings in the branches of the trees, the melody within every crashing wave. All I can do is try and capture what my heart perceives” 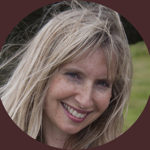 Sue Aston
Composer
The People’s Composer
I see my work as a composer and musician as being of both a vocational and spiritual nature, “I feel that I am a musician for the people. I so enjoy being asked to perform at weddings, celebrations and in memory of loved ones, more so than in the more sterile and lofty atmosphere of a concert hall. For me, bringing music to people in real life, everyday settings is a real honour. It makes a difference and brings pleasure to people who may not ordinarily go to a concert, and it enhances special moments in someone’s life.”
I specialise in creating bespoke, personalised music for people, often by using a musical cryptogram to create a music motif from a person’s name or initials, which is then woven into the music. This originally started when I composed music in memory of my Dad and also for my Nan. Since then I have composed music for my Patrons and my own family. I can compose music to mark someone’s special occasion or to create music in memory of a loved one. My husband Phil can also create a video to compliment the music, which is then dedicated to that person as a lasting tribute.

From Birmingham To Cornwall

I graduated from Birmingham Conservatoire and freelanced as a professional violinist with symphony and chamber orchestras, as well as doing sessions for rock and folk bands, both as an orchestral member and as a soloist.

It was also during this time that I appeared on classical recordings, radio and television, both nationally and internationally, and worked with eminent musicians such as Simon Rattle, Nigel Kennedy, Peter Donohoe, Yehudi Menuhin, Sir Charles Groves and Esa Pekka Salonen from the classical music world, and Gordon Giltrap, Chris de Burgh, Martin Carthy and Dave Swarbrick from the realms of pop and folk.

I started composing on both the violin and piano from an early age, often improvising over the classical and gypsy music that I loved playing, and interpreting the music to make it my own style. This created a passion to create my own music, and record four albums and a DVD. My music videos have been featured on Sky, Classic FMTV and BBC 1 and my music has been played on BBC Radio 2, 3 and 4.

Signed copies of all my CDs are available from here

You are helping me produce and expand
‘The Diary of a Coastal Composer‘ video show.
A journey through The Landscape of Cornwall with Music, Art, Culture and Food!

Please support me from just $1 per month