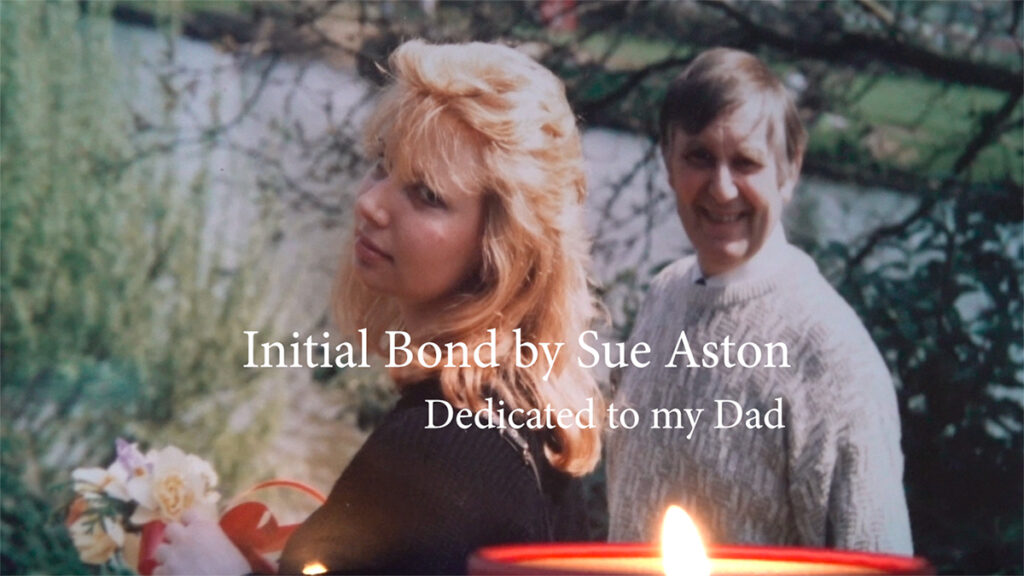 My Solo Piano arrangement of ‘Initial Bond’, from my album ‘Between Worlds’.

This was written in memory of my Dad, who died in 1989. I composed the opening motif using my Dad’s initials to create the melody.

Sue Aston
If you would like me to compose music for someone in your life please get in touch. 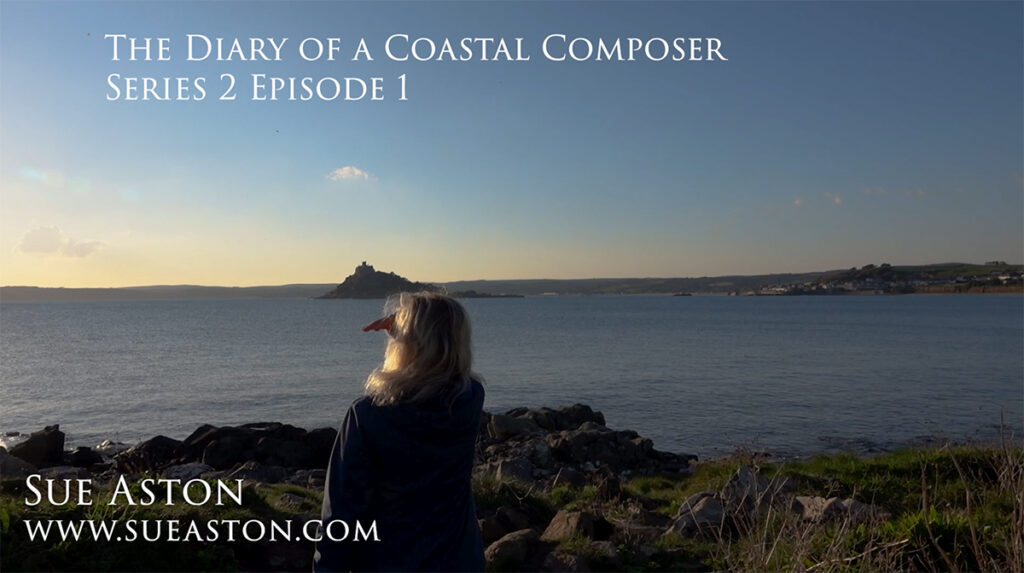 The Diary of a Coastal Composer – Series 2 – Episode 1

My new series of The Diary of a Coastal composer!
At last – my Autumn series is here! It’s full to the brim of new music! I share with you a performance of a new piece of music I wrote for Lee’s birthday the other week, using his name to create the opening musical motif.

I read from my Diary which I wrote after my walk towards the Friendship Woods near St Hilary, and then a new music video featuring the recent music I composed for Edna – ‘Of Mist and Moorland’. The location was near to Prussia Cove, which was the location for the film, ‘Ladies in Lavender’.

The show ends with a short, but heartfelt Celtic blessing, by John O’Donohue.

I hope you enjoy it – on to working on the next episode now! If there is anything you would like me to include or talk about, please let me know!

Get Early Access
Patrons will see each episode before anyone else

Shout Outs / Recognition
You can also have your names in the credits of my videos, have new music dedicated to you, get personally signed artwork and be with me in all stages of the creative process.

I will also compose music which will be inspired by and dedicated to you, and you can receive a ‘Seasonal Postcard’ and ‘Poetry Postcard’ posted out to you to celebrate the beauty of the landscape in the changing seasons.

I live in a coastal village in Cornwall, the heart of ‘Poldark Country’ in the far west – rich in heritage, myths and legends!

If you would like to sponsor an episode of The Diary of a Coastal Composer Show, you can have your name in the credits and a special shout out during the show. Your sponsorship will help to fund Sue’s work. Please follow the link to make a one-off donation. Suggested donation is £10.
Click here to sponsor a show 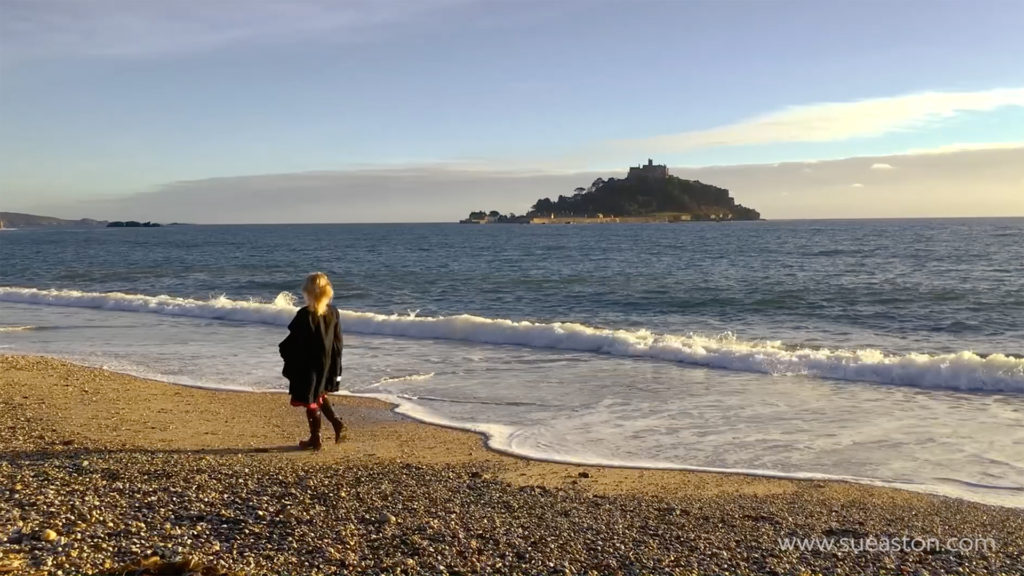 The Diary of a Coastal Composer – Episode 8

In this week’s Diary of a Coastal Composer Show, I share how I’m progressing with my composition on piano ‘Mizzling Marsh’, show you my little watercolour artwork from a rainy day in Malpas, and read from my composer’s diary.

Enormous thanks to you all for supporting me! We are hoping to go out soon and film in the landscape now the weather has improved!

Any ideas, please let me know!

Become a patron and see each show a week before general release. You can also become a Producer and have a credit and shout out.
Become a Patron!

The Diary of a Coastal Composer – Episode 4

The Diary of a Coastal Composer Show Ep 4
Here is episode 4 – I hope you enjoy it!
I talk about how I’m working on some new music for my mom, and share my artwork from one of my postcards! I also read ‘Bookending the Day’ from my diary.

Huge and heartfelt thanks to all of you – you keep me supported, encouraged and inspired to create.
Please feel free to request anything you would like me to include in future shows!

Become a producer of my show at

The Diary of a Coastal Composer – Episode 5

The Diary of a Coastal Composer Show Ep 5

Here is episode 5 – I hope you enjoy it!

In this week’s show, I perform by composition ‘Initial Bond’ on piano, read my August poem, and share some inspiring words. Hope you enjoy it! Thanks so much to you all for your support Sue X Become a Patron and help me produce more shows on location in Cornwall.

You will also see each show a week before anyone else and a get mention in the credits. https://www.patreon.com/sueaston

Become a producer of my show at

The Diary of a Coastal Composer – Episode 3

Diary of a Coastal Composer, Episode 3
This episode features a new composition for piano, ‘Mizzling Marsh’, some inspiring artwork by Hope Bourne, and an extract from ‘The Artist’s Rule’.

Sue Aston
Please support me and get to see my show one week before anyone else.

The Diary of a Coastal Composer – Episode 2

August 4, 2020 by Sue Aston
Diary of a Coastal Composer, Piano

Here is my second Diary of a Coastal Composer show!
I perform some of my Solo Piano piece, ‘Initial Bond’ and talk about how I worked on the performance.
I share my watercolour painting of Carn Brae, Cornwall, and read Ted Hughes’ poem, ‘Work and Play’.

Sue Aston
Patrons get to see each new episode a week before the public release.
Please help support me from just $1 per month 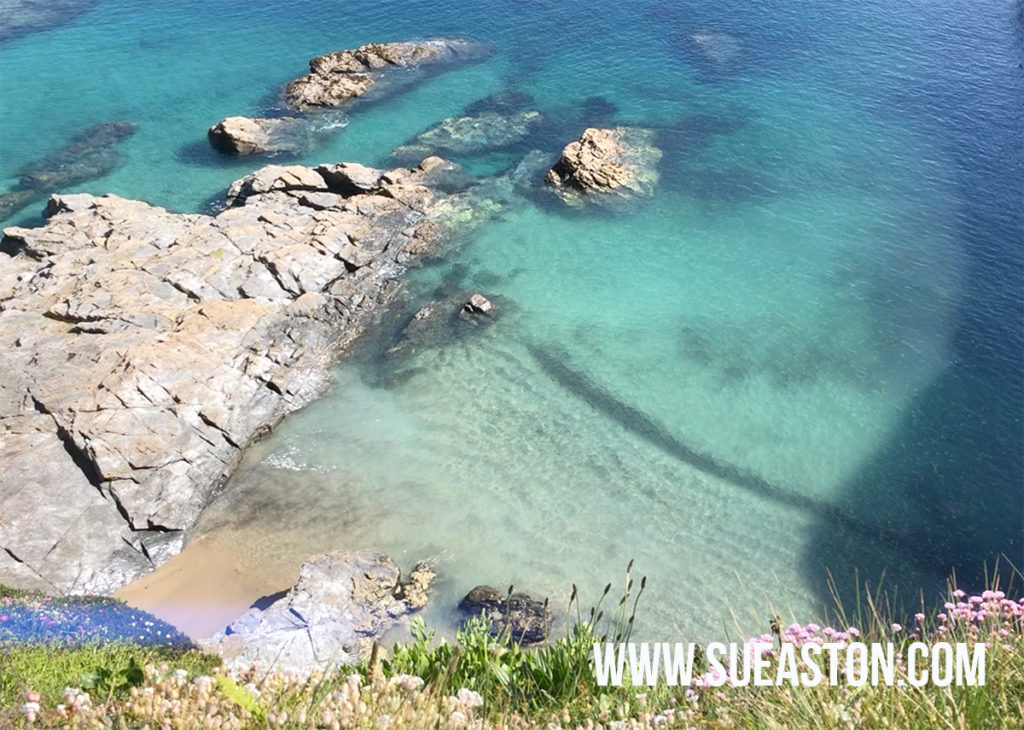 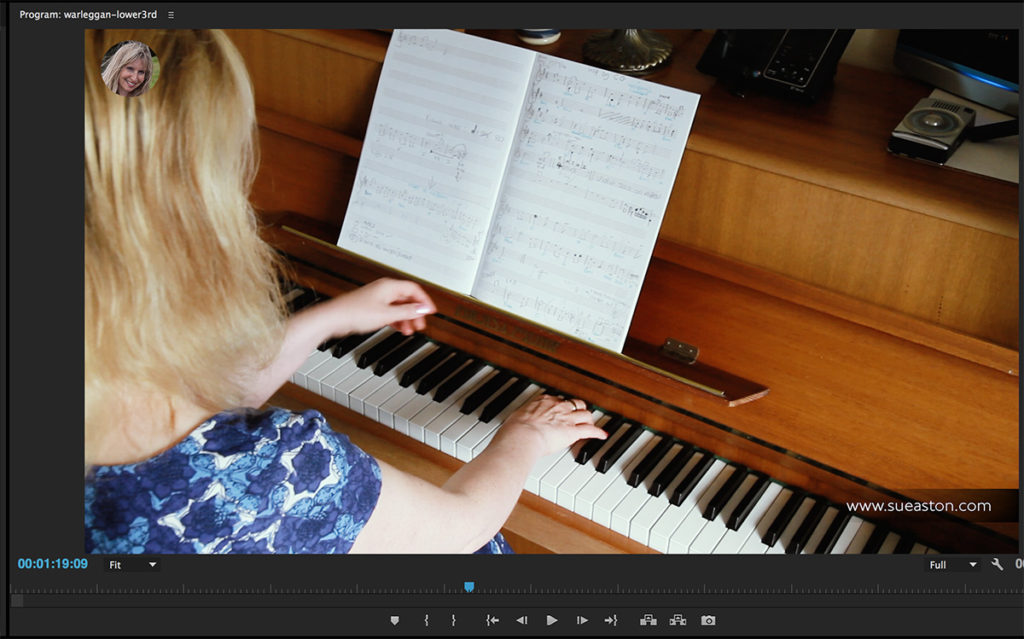 For the Love of Agnes – Work in Progress

I have extracted the piano performance of this new work in progress from the show it was featured in, about the ‘Tale of Two Giants’.
I thought it would be good to have it as a stand alone video, so here it is!

We are experiencing a heatwave in Cornwall at the moment – one of my piano keys has come unglued, and I’m waiting for the piano tuner to fix it – phew!

Thank you all so much for your fantastic support!